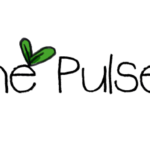 Question: what is the difference between legumes and pulses?

Think of legumes as part of a big family. The family includes the familiar fresh beans, peas and soybeans etc. However legumes also include peanuts and inedible seeds such as wattle and lupins.

Pulses on the other hand are the dried edible seeds contained within the pods. Some example of pulses are: chickpeas kidney beans and lentils however there are many more.

Question: are legumes fruits or vegetables?

Runner beans form in a pod and they are part of the Fabaceae family. Runner beans also have nitrogen fixing bacteria on the root system which legumes have. Beans and peas are legumes. Do you want learn about legumes? Check out the Legume Pulses article “What are Legumes?”

Kidney beans resemble the colour and shape of real kidneys. Next time you’re in the supermarket look in the meat section for kidneys. You’ll easily see the resemblance. Furthermore kidneys are often described as bean shaped.

Question: are Azuki beans and adzuki beans the same?

Adzuki and Azuki beans are the same. Adzuki beans originate from Asia and have been used in Chinese Korean and Japanese traditional dishes for thousands of years. In Japan Azuki beans are used to make sweet bean paste called Anko. Anko is used in some traditional Japanese sweets such as Dorayaki and Daifuku.

How to make Natto taste good with 3 simple tips.

Natto for breakfast, what better way to start the day?